Do your child’s temper tantrums create doubt about your parenting skills?

Are you stressed out over your child’s frequent tantrums?

Let’s face it, tantrums are certainly among the most common causes of parenting stress.

Is there any doubt tantrums are one of the more draining aspects of being a parent? 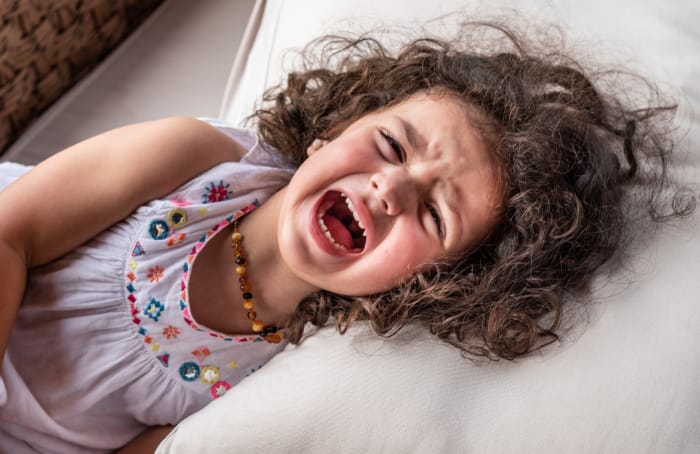 Relieve Some of Your Parenting Doubts

I’ll admit it, even as a behavior analyst by trade, some of my son’s tantrums created some significant doubt about my abilities as a parent!

What if I were to tell you that even frequent and severe tantrums are not an indictment of your parenting skills. Would you believe me?

Read on and I just might make you a believer!

When children demonstrate tantrum behavior, especially in public settings, there are various negative emotions/feelings parents commonly experience. I can relate because when my son would tantrum, I felt some of these myself.

Some of these emotions and feelings are: 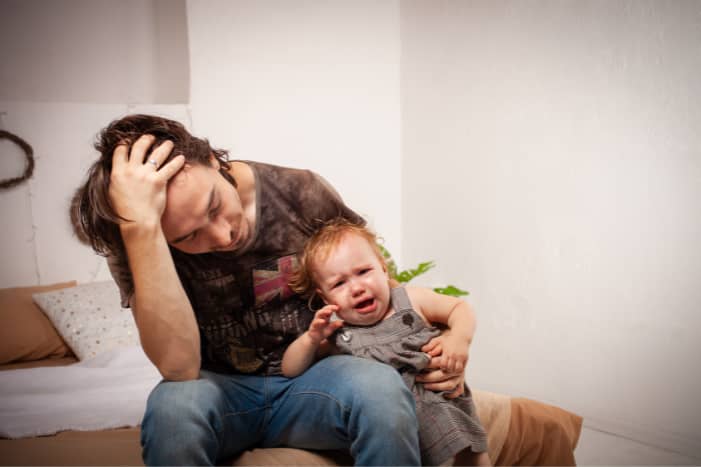 You are not alone, all parents can relate, and there is an answer! 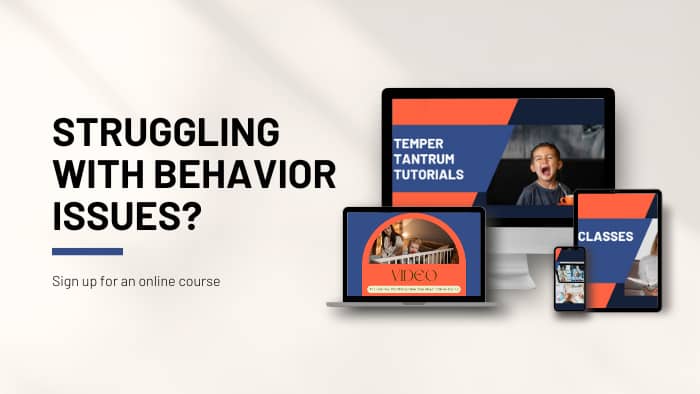 Everyone demonstrates tantrum behavior. They begin well before a child is a year old and continue into the teenage years. And they really don’t end in childhood.

Be observant while out in the community and you are likely to witness adults demonstrating various behavior outbursts. Restaurants, crowded stores, and sporting events are some locations where you may encounter grown adults behaving badly.

However, if you are worried about daily tantrums, see this article from the American Psychological Association.

Tantrums are a form of communication!

In essence, a temper tantrum is a collection of various behaviors that a child uses to obtain or avoid things.

A common one is to tantrum as a means to express anger or frustration when a favorite item or activity has been taken away or is currently being denied. Some parents may see this behavior before bedtime!

Another potential purpose of the tantrum is when a child is asked to perform a task and he or she doesn’t want to cooperate with that request. In this case a child is using the tantrum to escape or avoid something.

On other occasions, a child might simply enjoy the amount of attention he or she gains when they use tantrum behaviors.

3. Tantrums continue for a reason.

There is no doubt that a temper tantrum is a very poor way for someone to communicate a need.

Unfortunately, if that individual gets that need met while demonstrating these undesirable behaviors, then those behaviors are more likely to occur again.

It doesn’t take long for a child to associate their disagreeable behavior with a desirable result.

It is an unfortunate reality that unpleasant behavior is frequently rewarded.

Don’t Despair. There IS a Solution!

It is undeniable that a temper tantrum serves a purpose for your child. The behavioral performance of the tantrum is working for them! Human beings do not repeatedly demonstrate a behavior unless there is some sort of a payoff for that action.

Let me repeat myself here — your child’s temper tantrums are working for them!

Because of this, there is an attainable solution to temper tantrums that includes the following two factors:

Don’t allow the tantrums to be rewarded and reward other behaviors that are more desirable. 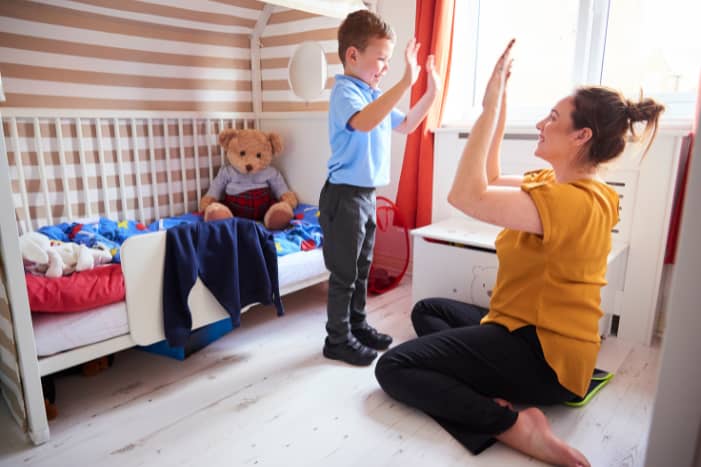 You Are Not Alone and Help is Available!

Not only can I help you understand this solution, but I can also provide you with the skills necessary to remedy these behaviors.

It will require some detective work, but I can help you in obtaining the clues necessary to solve the tantrum dilemma.

Before long, I’ll have you feeling like a temper tantrum mastermind! You’ll find information by sleuthing, use that knowledge to map out specific strategies, and then utilize your newfound skills to solve the case.

Are you in? Look for my Temper Tantrum Mastermind course coming soon.

Where does your child tend to have temper tantrums? 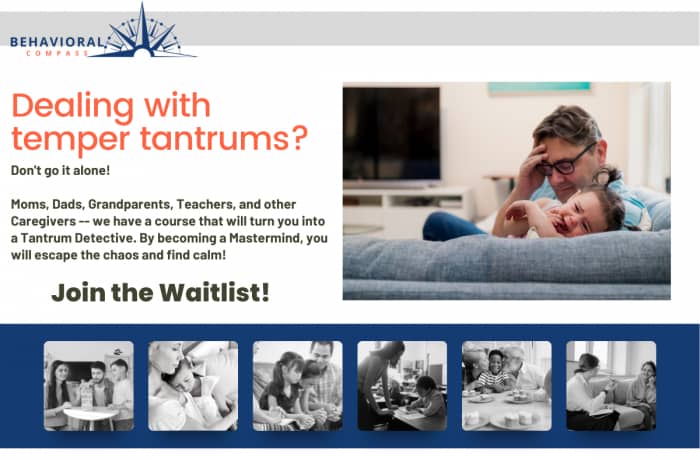 Welcome to Behavioral Compass. As a self-employed behavior analyst, my career path has led to teaching parents, colleagues, and support staff. Over the years, I’ve honed my teaching skills working as an adjunct professor for St. Joseph’s University and Lipscomb University. In my spare time, I love to watch movies. I’ll talk to you about Star Wars any time of the day. Also, I’m the proud dad to an aspiring aerospace engineer. Drop me a message anytime. 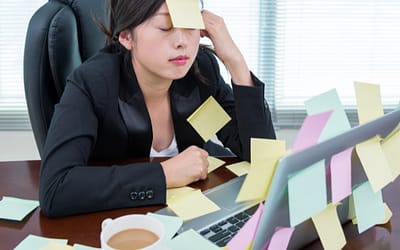 What Behaviors Are Causing You Stress?Behavior change can be complicated and unnerving. Fostering a new habit to... 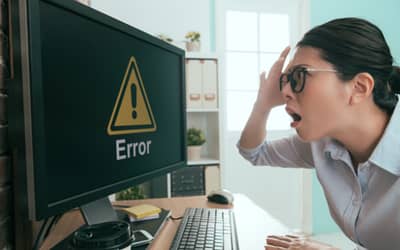 How to Move Past Your Agonizing Parenting Missteps 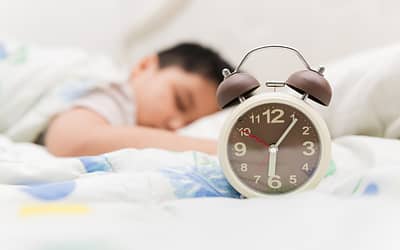 Why Bedtime Routines Are So Important

Bedtime routines are an important part of your evening schedule. Get your child to sleep faster!

Retreat to nature. Escape the chaos!

Don't wait to ask for help. Reach out to a friend,

Vacation is always a good idea.

This website uses cookies to improve your experience while you navigate through the website. Out of these, the cookies that are categorized as necessary are stored on your browser as they are essential for the working of basic functionalities of the website. We also use third-party cookies that help us analyze and understand how you use this website. These cookies will be stored in your browser only with your consent. You also have the option to opt-out of these cookies. But opting out of some of these cookies may affect your browsing experience.
Necessary Always Enabled
Necessary cookies are absolutely essential for the website to function properly. These cookies ensure basic functionalities and security features of the website, anonymously.
Functional
Functional cookies help to perform certain functionalities like sharing the content of the website on social media platforms, collect feedbacks, and other third-party features.
Performance
Performance cookies are used to understand and analyze the key performance indexes of the website which helps in delivering a better user experience for the visitors.
Analytics
Analytical cookies are used to understand how visitors interact with the website. These cookies help provide information on metrics the number of visitors, bounce rate, traffic source, etc.
Advertisement
Advertisement cookies are used to provide visitors with relevant ads and marketing campaigns. These cookies track visitors across websites and collect information to provide customized ads.
Others
Other uncategorized cookies are those that are being analyzed and have not been classified into a category as yet.
SAVE & ACCEPT